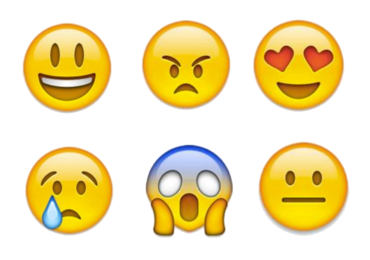 Emojis are a lot older than most people realize. They were first created in the late 1990s by a Japanese company called NTT DoCoMo; they were originally used in online chatrooms and messaging services. Today, they are not only still a part of the online world, but they have gone global--and mobile. Emojis are incredibly popular on social media platforms, particularly Twitter, Facebook and Instagram..

Why People Love to Use (And See) Emojis

It’s not a secret that emojis are popular—but why do people love to use them so much? And how can regularly using emojis actually help a post or social media user get more views, likes and even followers?

The answer lies in the surprisingly simple fact that people’s brains perceive the images used in emojis in a similar way to the way they perceive people’s face and body language. Emojis are essentially a visual cue that adds depth and, in effect, humanity to all sorts of online communication, including social media such as Instagram posts and Twitter tweets.

Emails and text messages are unable to convey conversational intonations that we hear when speaking on a phone call, or the facial expressions & body language that we see when we are interacting with another human face to face. I’m sure at least once you have been texting someone trying for a “tone” of something as difficult to digitize as sarcasm, and been frustrated when that intention of yours has not gotten across because of the inherent limits of our digital, non-vocal communications.

We love using emojis for the same reason we love seeing them. It allows us to express certain communications in a visual way that cannot be replicated in text. Emojis, along with text-speak and chat-speak, are a social evolutionary way to express ourselves.

Use Emojis = Get More Likes? What Social Influencers and Media Users Need to Know

As a social media user, you no doubt put a lot of effort into choosing content, hashtags, photo styles and other relevant choices that factor into keeping your social media engagement level high. But did you know that using certain emojis (and avoiding others) could actually boost the engagement on your social media posts? Yes, even emojis can increase the number of everything from likes to shares and even communicative engagement such as comments and new followers. The key to boosting your social media with emojis is knowing when to use them and what emojis are best for your particular social media brand.

Thankfully, you don’t have to make wild guesses or try to manually track popular emojis—there is a service that can do everything for you and take all of the guesswork out of the emoji equation. QMocha is a unique social media analysis service that will scan all of your social media posts to analyze what emojis you use, then rank them according to best performance. QMocha will let you know which emojis tend to get you more likes than others, while also providing other essential social media analysis such as popular and trending hashtags and more, so that you can make the most of emojis on your Instagram, Facebook and other social media.

X-ray your social media engagement and transform analytics into creative power with QMocha.